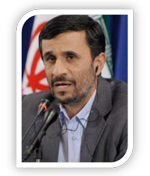 He was born in Adana in 1969. Between 1987 and 1991, he studied economics and political science in Tufts University and completed master education on international finance in Columbia Business School in 1995. After return to Turkey, he began to work in Akbank that is a company of Sabancı Family. 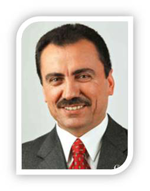 He was born in Sivas in 1954 and completed his university education at Ankara University. He founded Ülkücü Gençlik Derneği (Association of the Idealist Young) in 1978 and had been Counselor of President of MHP (Nationalist Movement Party) until military cope of 1980. 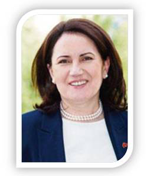 She was born in İzmit in 1956. She graduated from Department of History at Istanbul University and completed her postgraduate education at Marmara University Social Sciences Institution.

He was born in Istanbul in 1965. When he was 4 yers old, he was accepted to İstanbul Municipality Conservatory Piano Department. He passed the Infant Prodigy Exam organized by state when he was 7 years old and started his high musical education abroad.

After graduation from Ankara University Communication Faculty, he started his career as trainee in TRT (Turkey Radio – Television) News Center in Ankara. After apprenticeship period, he has worked as press correspondent, editor and news director in several TV channels’ offices in Ankara throughout 10 years.

He was born in Sivas in 1948. After graduation from Industrial Engineering Department of METU, he assumed Master degree at the same university. He also has studied on “Development and Infrastructure” at Bradford University and “Public Administration” at London Royal Institute for Public Administration.

She was born in Adana in 1968. After graduation from Harvard University Department of Economics, she completed postgraduate education London School Economics between 1991 and 1992 and worked as consultant in Prime Ministry between 1994 and 1999. 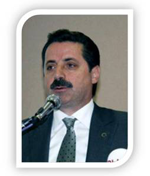 He was born in Bursa in 1956. He has graduated from Bursa High Islam Institute and been educated two years on management in Management Institute of Yıldız University. He worked as high school teacher, dealer, local journalist and columnist. He has assumed duties of Member of Committee of Founders of AK (Justice and Development) Party, Bursa Deputy and Minister of Labor and Social Security in 60th Government. He was appointed State Minister on 1 May 2009.

He was born in Mexico City – Mexico in 1953 as a son of a Turkish diplomat father. He studied at Dublin University in Ireland and obtained degree in Philosophy and Economic and Social Studies. After return to Turkey, he entered Economic Press Agency in Ankara, and later worked in the Anatolian News Agency, Cumhuriyet daily, Turkish Daily News, NTV, Star daily, Aksam daily. During this period he worked as journalist, editor and finally becoming a columnist. In the meantime he worked as Diplomatic Editor for CNN Turk, which is a partner of CNN International’s.